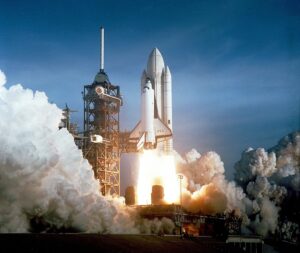 The United Nations declared April 12 as the International Day of Human Space Flight. On April 12, 1961, Yuri Gagarin became the first human in space. And on April 12, 1981, 20 years later, the first American space shuttle Columbia was launched. It’s a good day to make an overview of the current trends in space in general.

Let’s just hope that our presence in space is allowed to take on an ecological and sustainable character. A good visitor leaves his stay in a respectful way.

Reach out to us to publish here your recent news or press articles.